It would be hard to imagine a world without digital printing. With the technology to produce, transfer, and print text and images on a variety of mediums, the ability to information and manufacture printed textiles has become extremely efficient. The older methods of reproducing images and texts would seem downright tedious to today’s generation who have grown up with digital printing technology. However, tedious transcription was a fact of life not so long ago.

Prior to 1439, when Johannes Gutenberg invented the first printing press, scribes were assigned for all textual transcription. These scribes generally had a religious affiliation. Therefore, religious texts were the most prolific in terms of reproduction. In fact, the first thing produced on the Gutenberg press was the Gutenberg bible. While the bible is still the most widely produced text to this day, the advent of movable type allowed for a massive upsurge in all types of written documents. Much like the Internet allowed for a larger network of global information sharing, movable type also expanded the world in terms of d writing. This is because of the extreme difficulty in obtaining written texts during a time when everything had to be transcribed by hand.

The industrial applications of digital printing account for a great deal of its usage. Textiles, while still dominated by screen printing techniques, are one of the faster growing areas of digital printing applications. The move into the digital age has forced textile manufacturers to reconsider the analog printing processes because of the superior versatility and efficiency associated with digital printing. Now there are textile dealers who offer personalized banners, linen, and clothing produced by digitally printing onto fabrics. Prefabricated designs have also seen a great shift towards digital printing in the modern age. The increased resolution provided by superior modern technology has allowed for digitally printed linens and textiles to maintain a very sharp look at a fraction of the cost. Furthermore, products are manufactured more quickly with digital printing than with most analog alternatives.

There are two major forms of digital printing that are most commonly used. The first, inkjet printing, is a form that uses dyed inks or pigments to reproduce images created or transferred to a computer onto a medium. With inkjet printing, a computer program translates the image to the printing hardware “instructing” it as to how the ink should be distributed across the medium. Inkjet printing is ,therefore, possible on a wide variety of mediums from paper stock to textiles. The other common form of digital printing is known as laser printing. This is a photoconductive process that uses a laser to project an image onto an electrically charged medium. This medium then rolls across the print paper leaving the toner on the areas that have been electrically charged according to the representation of the intended image. This process can produce perfect photographic reproductions at an amazingly high speed. There are several different types of both inkjet and laser printing. However, the general processes in both cases are fairly similar.

In terms of printing on paper, digital printing tends to cost more per page than its analog counterparts. However, the ability to do away with type-setting ultimately saves in cost through higher overall efficiency. Furthermore, the newer digital technologies that are now so widely available allow for many more applications of digital printing. In terms of textiles, screen printing has always been the dominant force in the industry. This is because earlier methods of digital printing were only useful on a paper stock medium. Now, it is possible to produce a banner featuring a perfect representation of a personal photograph, digitally printed linens with extremely sharp designs and vivid colors, and canvas prints of photorealistic fine art. Today’s digital printing has now moved from tedious office applications into the world of art and textile design. And, as the trend towards digital moves more and more quickly away from analog, it is likely that digital printing will eventually become the staple in all of its potential applications. 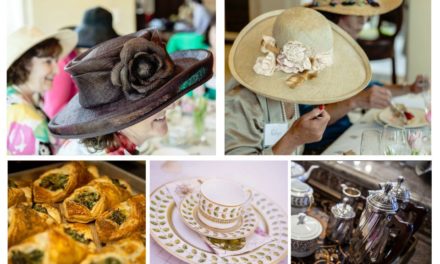