A Brief History of Tablecloths

Industrial sized textile factory – the demand for interior decorating products coupled with the technology to produce affordable textiles has led to the creation of many new fabrics for tablecloths, napkins, table skirting, and other table linen products.

The history of tablecloths and their related products is closely related to the unfolding of the textile industry. Prior to the late 19th century most textile products were made by hand. Because of this, products made from cloth were mostly relegated to personal apparel and other more necessity-based items. So, it wasn’t until the birth of the industrial revolution that the textile revolution really began.

During the latter half of the 19th century we began to see a wellspring of factories throughout England. With the Victorian Age in full swing, the demand for interior decorating products was on the rise. This new demand coupled with the technology to produce affordable textiles led to the creation of many new fabrics for tablecloths, napkins, table skirting, and other table linen products. However, the greater part of the industrial revolution began across the pond, in America.

Before the 19th century, America’s economy was based in agriculture. The cotton farms that dominated America’s east coast produced the raw materials needed to produce the textiles in English factories. However, in 1790, the first cotton processing plant was built in Rhode Island. This event marks a momentous shift towards industrialization in America. The US government was aware of the importance of textile mills by the mid 1800s. In order to preserve this aspect of America’s economy the government began to impose tariffs on imported textiles. These taxes encouraged production of textiles within the American borders, and factories that could mass produce table cloths, coverings, and napkins started to sprout up all throughout the south. Textile mills also made way for the birth of the first American labor unions at the turn of the 19th century.

Another innovation that had a great deal of influence on the manufacture of table coverings and other textiles was the invention of the sewing machine. The industrial revolution made it possible for middle class Americans to afford the technology needed to produce one’s own textiles without the labor intensity that was once associated with hand sewing and weaving. So, alongside the new designs and mass produced table fittings that arrived with the industrial revolution at the end of the 19th century was another movement that inspired a great deal of new textiles. The Arts and Crafts movement was often thought of as a rejection of the ideals of mass production that went along with the industrial revolution. Domestic artists and hobbyists began to utilize creative designs on homemade table cloths such as lacework and embroidery. Hand dyeing tablecloths and other textiles was another popular activity. Pioneers in the Arts and Crafts movements such as William Morris (the inventor of the popular “Morris Chair”) championed the idea that homemade textiles were more tasteful and well-made than their mass-produced counterparts of the time. Ironically, if it weren’t for the availability of certain technologies (such as the sewing machine) that were made accessible by the industrial revolution, the homemade crafts created during this time might not have been possible.

At the beginning of the 20th century the world began to see a whole new batch of tablecloth designs. Because the 1900 World’s Fair included interior design as part of their Parisian “Art Nouveau” movement there was a whole new style available for producers of table cloths and napkins. The plain gothic look that characterized Victorian interior design was rejected by these new artists who embraced a more organic feel. While Victorian table coverings were usually dyed with dark solid colors the Art Deco and Art Nouveau designers preferred shades that were often light or pastel. Crimson red was replaced by more muted tones of pink and red. Dark Blue and Indigo was replaced by sky-blue tones of mauve and violet. The colors seen in the early twentieth century designs were inspired by nature. The prints also showed a marked change away from the plain solids of the Victorian Era. Art Deco designs often featured crisp geometric patterns. The fashionable table coverings of this era were much more busy and intricate than their predecessors. The nature of early 20th century table cloths and napkins reflected the popular Art Deco motifs that dominated much of the fine art from this time period. The more artistic approach to textile design seen during this time underscores a movement away from a utilitarian approach to textiles towards a more decorative fashion-oriented one.

Modern tablecloths and napkins are influenced by the totality of historical designs and colors. Because of the more advanced manufacturing technology that we now possess it is possible to obtain table coverings with nearly any design that one might desire. In fact, with the advent of digital printing technology it is simple to order very specific personalized table cloths and napkins that can be used for any event. Furthermore, modern materials such as vinyl, polyester, and lycra allow for the option of countless mediums. The ability to shop for table settings online means that one’s selection is no longer limited by geography. While it may have been extremely difficult to obtain certain pieces in the past because of a localized production source it is now possible for someone in Utah to obtain handmade tablecloths from the far east without ever leaving their home. This globalization of the textile market has freed tablecloth designers to their wares with everyone and has caused a resurgence in both mass-produced and homemade products all over the world. 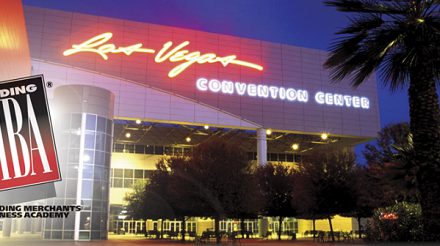 The Wedding MBA conference, our experience.