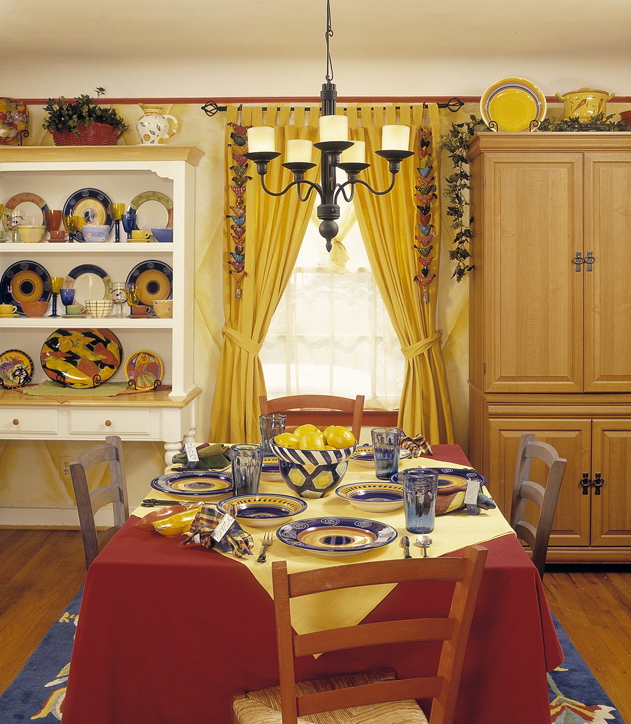 You don’t have to be Mexican to celebrate Cinco Mayo!

Although many folks think that Cinco de Mayo (which translates to the fifth of May) marks Mexican Independence Day, it actually commemorates the victory of a small Mexican army against a much larger French one at the 1862 Battle of Puebla. None the less, it’s a good a reason for a party or out of the ordinary meal.

In the same way that St. Patrick’s Day is now observed by folks of every nationality, Cinco de Mayo (the 5th of May) has become an international holiday celebrating Mexican and Mexican-American heritage and culture. With a bold red rectangular cloth topped with a tangy lemon square, such as Premiere Table Linens’ Poly Spun dressing your home isn’t just fun, it’s easy care.

Instead of featuring Irish foods and traditions, this fiesta provides an opportunity to invite friends to sample your best attempts at cooking Mexican-inspired fare and decorating with Latin flair. The best place to start is with a bright and bold South-of-the-Border color scheme—Spandex in neon green, pink or yellow is ideal. And stretchable wrinkle free Spandex looks sleek and festive in any setting. A visit to your local party shop can provide inexpensive paper goods, piñatas and plastic maracas. Fans of old Hollywood border westerns or Steve Martin and Chevy Chase in Three Amigos, may want to purchase a few huge sombreros, too.

I’m partial to pairing napkins in Premiere’s shimmering Radiance cloth with other table fabrics. Tied with a silk daisy or Mexican-style tissue paper flowers the look is fantastico! This year, Cinco de Mayo falls on Saturday. Since I’ll have a bit of extra time to cook, my menu will include chunky homemade salsa, tamales pre-ordered from my local food truck (you could substitute a Tex-Mes enchilada casserole) topped with slow cooker chili and a green salad sprinkled with red and black beans, slivers of jicama and pepitas (pumpkin seeds.)

For an easy dessert, I’m serving Mexican brownies topped with a scoop of Dulce de Leche ice cream. I always put a jar of ground chipotle peppers on the table. Daring guests can add a sprinkle. It’s easy to turn your favorite brownie recipe or brownie mix into a Cinco de Mayo confection. Simply add a teaspoon of ground cinnamon and a shake of ground cloves and bake as usual.

And, if you don’t want to be tied to your blender while your guests are making merry, fill one-cup Mason jars with frosty margaritas a few days ahead. The alcohol keeps them from freezing solid. Take the jars out of the freezer about 15 minutes before serving. Add a lime slice to the side of the jar. Deliciosa! 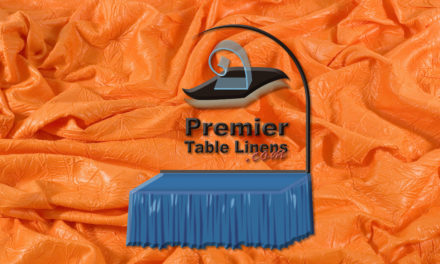 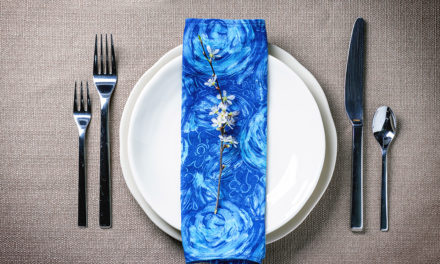 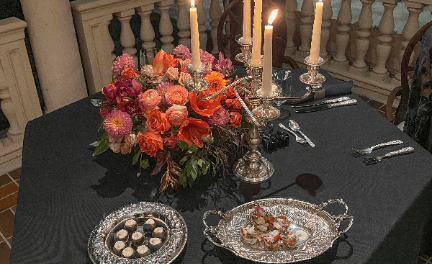 Complementing Outdoor Tables with Tablecloths with an Umbrella Hole 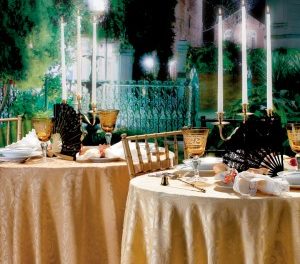