Recently, there has been a resurgence in popularity in all things vintage. Tablecloths, napkins, and toppers are no exception. Perhaps, in these unpredictable times people find comfort by decorating their homes with table linens and household furniture that remind us of a simpler time. Regardless of the reasons, vintage tablecloth prints have been in high demand lately. However, the “simpler time” that these tablecloths represent were not as simple as they may seem in retrospect. The following is a short history illustrating how history affected the manufacture and design of tablecloths and domestic linens throughout the last century and beyond:

Tablecloths Before the Twentieth Century

Prior to the twentieth century, Victorian design was en vogue due to the extreme popularity of the widow Queen Victoria. Victorian table linens and furniture were very gaudy by today’s standards. As they were inspired by royal style, the colors were typically solid and regal. Gold, crimson, and dark blue were the usual standard for Victorian color schemes. Furthermore, table coverings and linens were usually made from thick heavy tapestries. They were usually appointed with golden tassels or other decorative accessories.

One of the reasons that Victorian tablecloths were so dark and plain in color had to do with the availability of textile dyes. In the early twentieth century, Germany was the world’s most dominant force when it came to textile dyes. However, Germany was also a very controversial political entity in the 20th century. The result of the first World War was a trade blockade that made it very difficult for Allied countries to obtain the best textile dyes. Because of this, early twentieth century tablecloths and dining linens were often lacking in the vivid colors that would have been available had it not been for the political climate. As a result, earlier twentieth century tablecloths were mostly lacking in good colored dyes.

The war with Germany also had another effect on the style of early twentieth century. With the reunion of American fighting men returning from war came a trend in table linens known as sweetheart-printed tablecloths. These mostly featured romantic prints. The most common image was, of course, the heart. These heart-print table coverlets often bared the names of the couple whose home the table linens were to adorn. However, other “romantic” images were also inspired by lack of German dye and romantic longing created by the war. Flowers (especially roses), butterflies, unicorns, and even prints of beautiful women were popular in the first decades of the twentieth century. Without access to high-quality dyes, screen printing on white textile was a less expensive way to create fashionable table linens.

Tablecloths in the 1920s

After World War I reached its conclusion the American public was filled with a sense of free-spirited optimism. This is reflected in the design of tablecloths of the time. Furthermore, the famous discovery of King Tut’s burial tomb in 1922 created an interest in Middle-Eastern styles that are also reflected in American vintage table linens. The lift of the European dye embargo allowed linen manufacturers to begin using a variety of playful color schemes. The Middle-Eastern influence began a fad of art deco patterns on table linens. Art deco designs are now one of the popular vintage styles that has come back into vogue today. The same period (the 1920’s) also began taking stylistic cues from the far East. This is why many vintage tablecloths feature floral prints. Lilacs, roses, and morning glories were all very popular in the Far East. In the 1920’s, American manufacturers mimicked these styles by producing many different floral print tablecloths and napkins. In fact, floral print table linens are still a very popular choice in the modern home.

Tablecloths in the 1930s

The next decade was marked by the Great American Depression. Just as popularity in vintage table linens is spurned by the economic problems of today, the taste of the typical 1930’s American was also influenced by the financial crisis of that time. In the same way that up-tempo jazz music and gospel was popular as a way to keep American spirits lifted during the Great Depression, table linen and domestic style was also designed to keep spirits high. Ironically, in one of the most dreary decades in American history, the most popular tablecloths were created with bright primary colors. Rich dyes applied in opposing contrasts are often found on vintage American table linens and tablecloths from the 1930’s. It was also quite common to see designs featuring lush mountain landscapes or elegant tropical islands. Perhaps these images helped the downtrodden Americans of the time escape to a better place.

The 1940’s saw another World War with Germany and vintage table settings and linens saw a similar downfall to the one experienced during the first World War. Moreover, cotton (which was, at the time, the most common fiber used in table cloths) was being sent abroad to help outfit the military. The domestic sacrifices made in the 1940’s made it a poor decade for vintage table linens. However, during the years of prosperity following the Allied victory there were some exciting new designs. Vintage table linens from the 1950’s featured prints that depicted many domestic scenes. The value of the American family brought about by the progenitors of the baby boom generation reflected greatly on the domestic linen design. Today, many of these vintage designs are considered to be quirky or “kitsch.” Kitsch is a word often associated with vintage products and is part of their allure. So, if you are going for that “shabby chic” look in your dining room you may want to consider vintage tablecloths from the post World War II era.

Vintage tablecloths and domestic settings have an interesting history. Part of the fun of owning vintage items is knowing the history that is associated with the era that they represent. With the current economic situation offering a determent towards straight antiques, vintage interior design products are a less expensive way to add character, personality, and history into your home. Moreover, with the many social networking sites available today it is possible to locate very specific items. So, if you have a fond memory of tablecloths that your grandma used to serve Sunday dinner on, you may be able to find a vintage design that is a perfect replica. Adding vintage domestic settings such as tablecloths and napkins is a good way to imbue your home with a sense of nostalgia. And, since home is the place where memories are created, why not use it as a place to keep those memories alive?

10 DIY Summer Wreath and Banner Ideas for Your Home 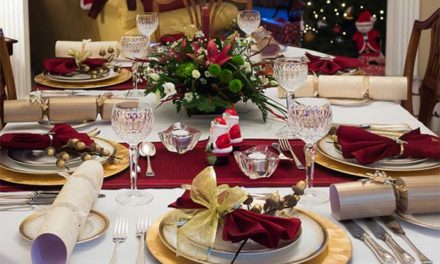